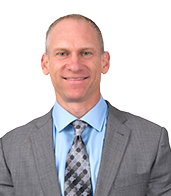 Edwin Budge has been representing clients in civil rights and high-end injury and death cases for more than 20 years. Ed is a 1991 summa cum laude graduate of the University of Oregon. Ed is keenly interested in in-custody wrongful death cases against jails and prisons resulting from alcohol and drug withdrawal, as well as other forms of in-custody wrongful death and serious injury cases resulting from the deliberate indifference of jail officers. He routinely works with corrections specialists, medical experts, and other professionals. Ed has taken over one thousand depositions in his career, including depositions of police officers, sheriff’s deputies, jail and prison personnel, opposing parties, experts, and others, throughout the United States.

Ed Budge lives in Seattle with his wife, Averil, who is also an attorney, and their two children. Ed also enjoys natural (steroid-free) bodybuilding, having won top prizes in recent contests in Washington, Northern California and Arizona.